The federal budget directs far more resources to seniors than to children. We spend $6 per senior for every $1 we spend per child under 19. This is the main reason why our budget is so weighted towards consumption compared to investment. 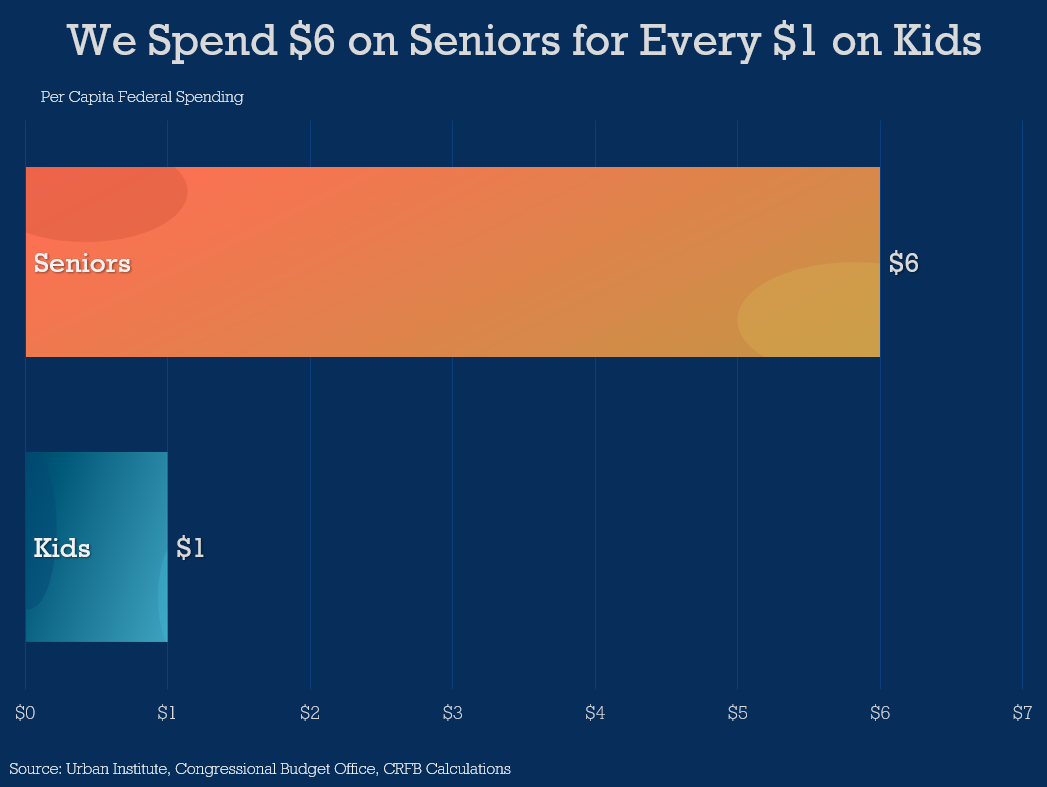 State and local governments play an important role in preparing the next generation for the future. But even when state and local funds are included, total government spending is still $2 per senior for every $1 spent on a child. 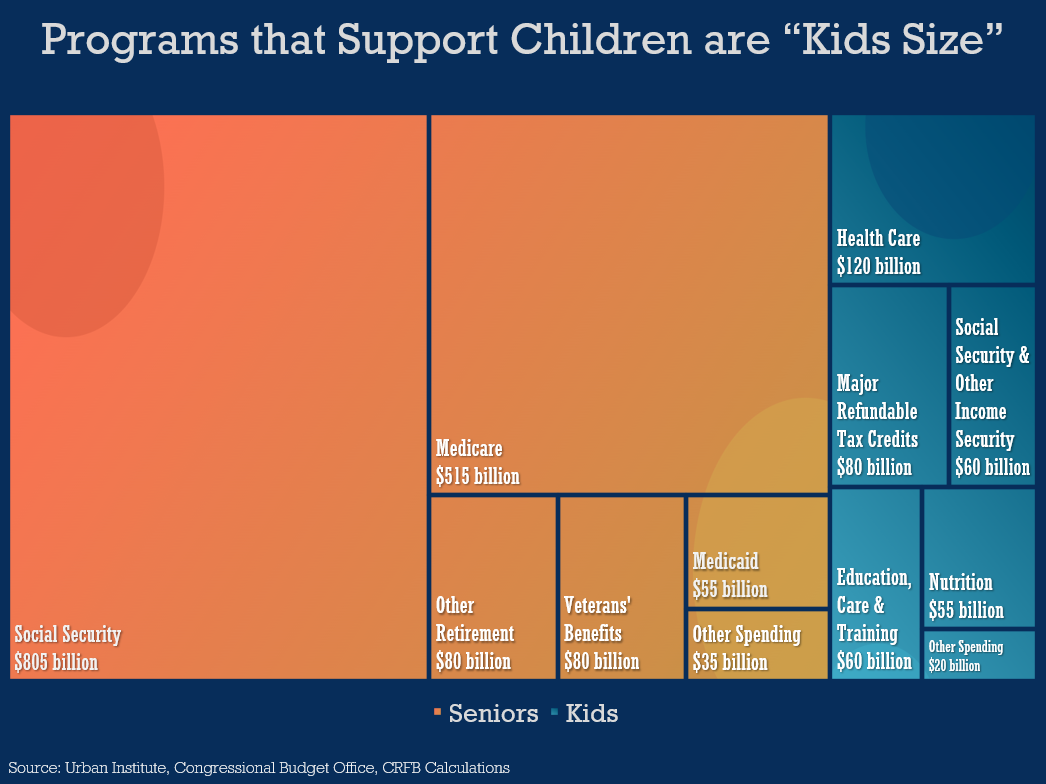 Children and adults are both supported through a variety of programs including health care and safety net-spending, but seniors aged 65 and over are beneficiaries of the two largest sources of federal spending: Social Security and Medicare. 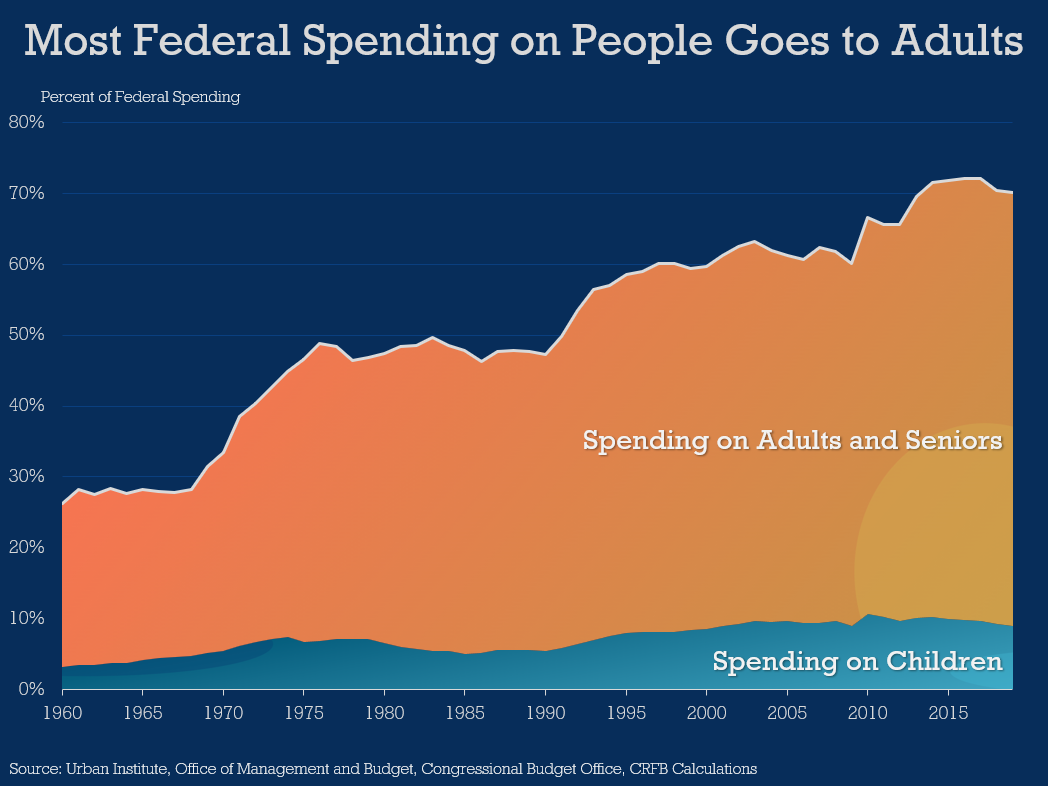 Most of the federal budget -- nearly 70 percent -- is spent on programs that benefit particular groups of people rather than public goods (things like national security and infrastructure). In the middle of the 20th century, spending on seniors and adults was only about one-fourth of the budget. It now tops 60 percent. 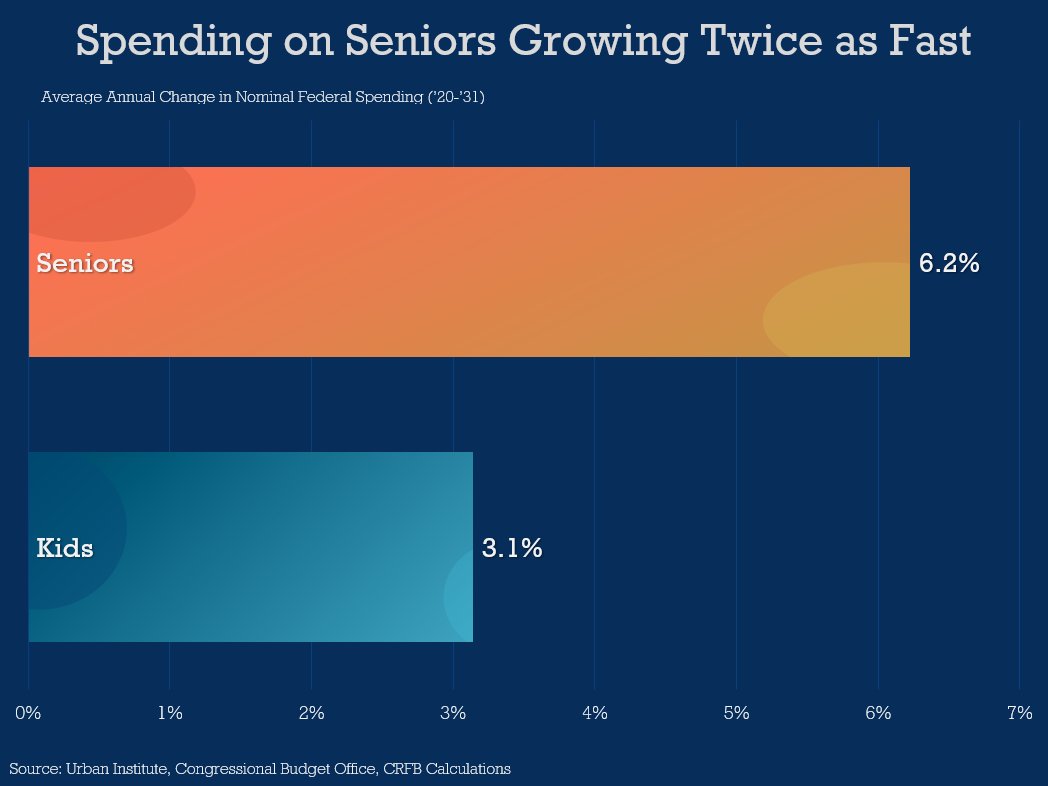 The share of the federal budget going to the elderly is already nearly four times the share going to kids and is on track to reach nearly six times that share over the next decade (and twice the share going to working-age adults). Automatic growth in spending is built into programs that primarily benefit the elderly in a way that it isn’t for programs that benefit children and working-age adults. 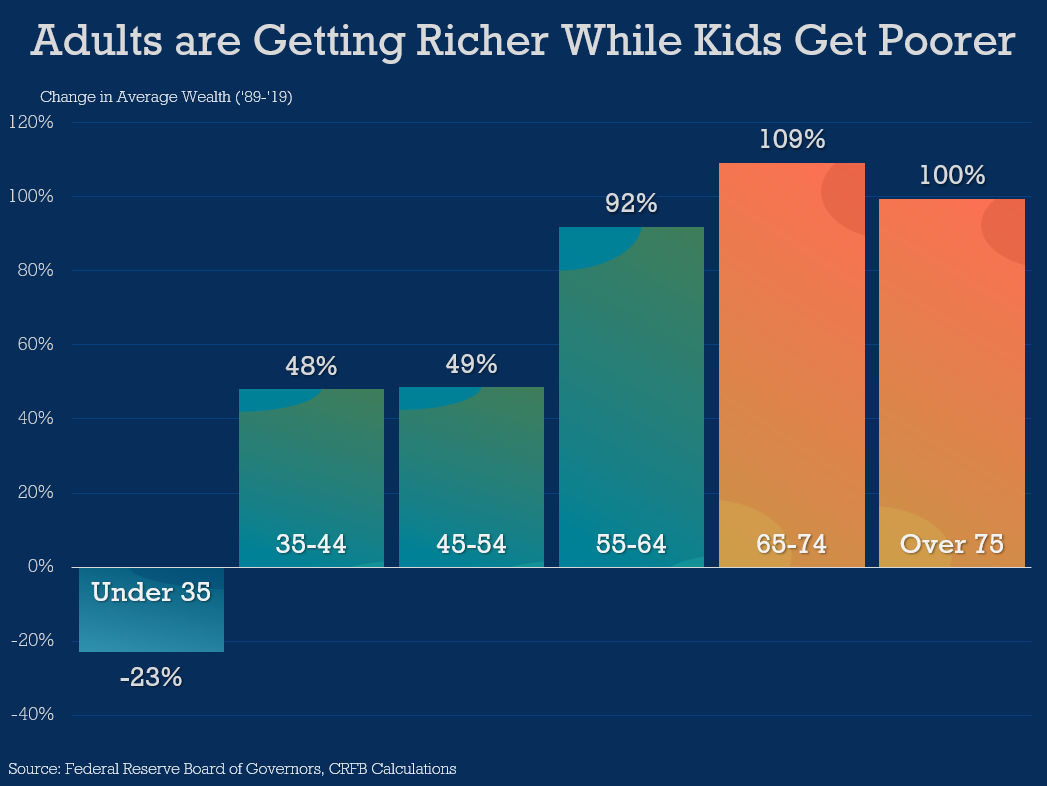 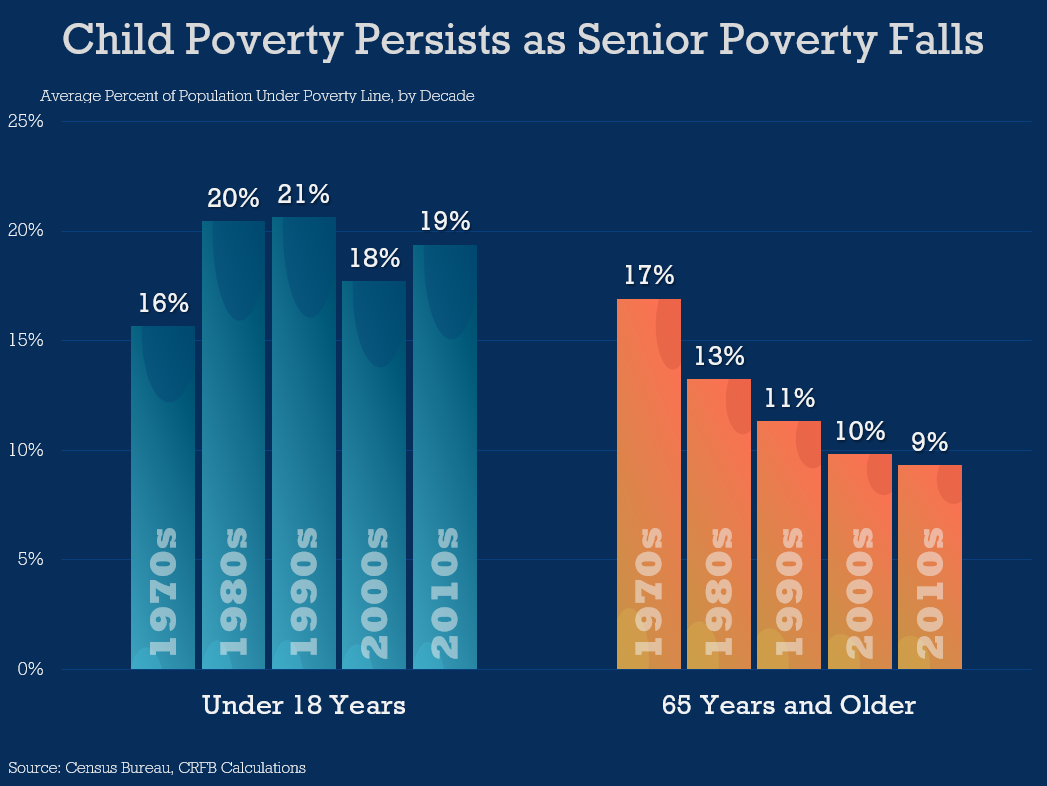 Older Americans are the least economically-needy age group in the United States. In recent years, children have been almost twice as likely to be impoverished as the elderly. 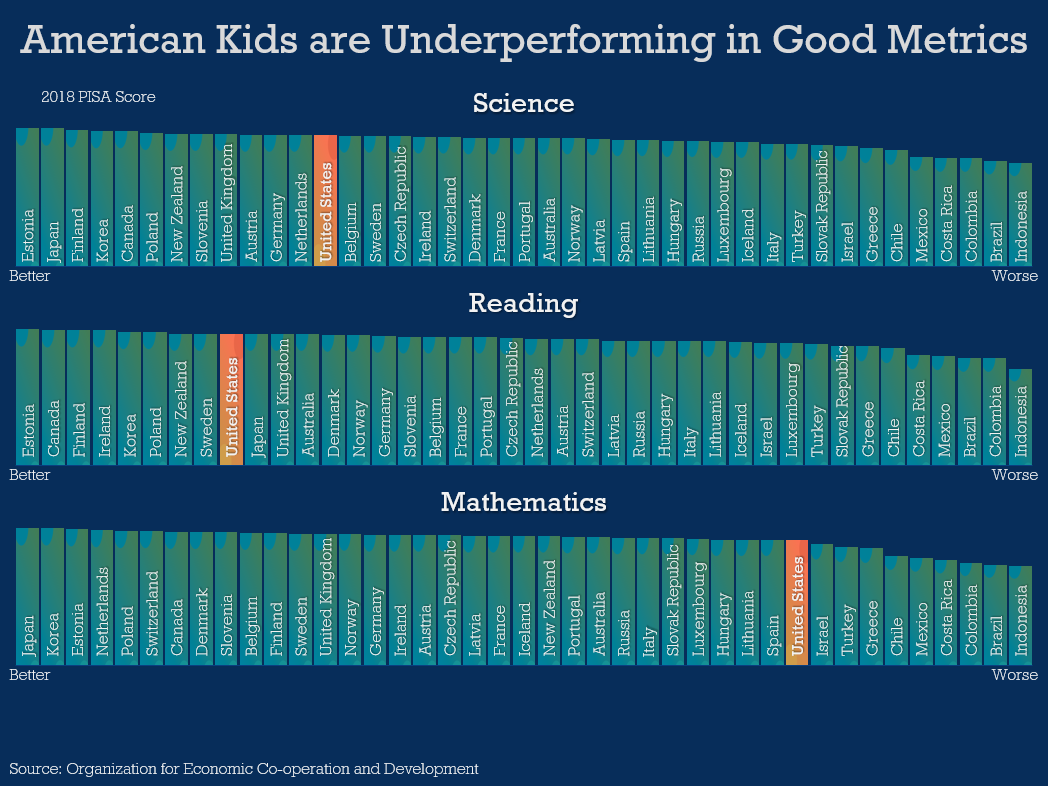 Outcomes for young people compared to our international peers aren’t great. American students rank ninth in reading, 13th in science, and 32nd in math compared to other wealthy countries. 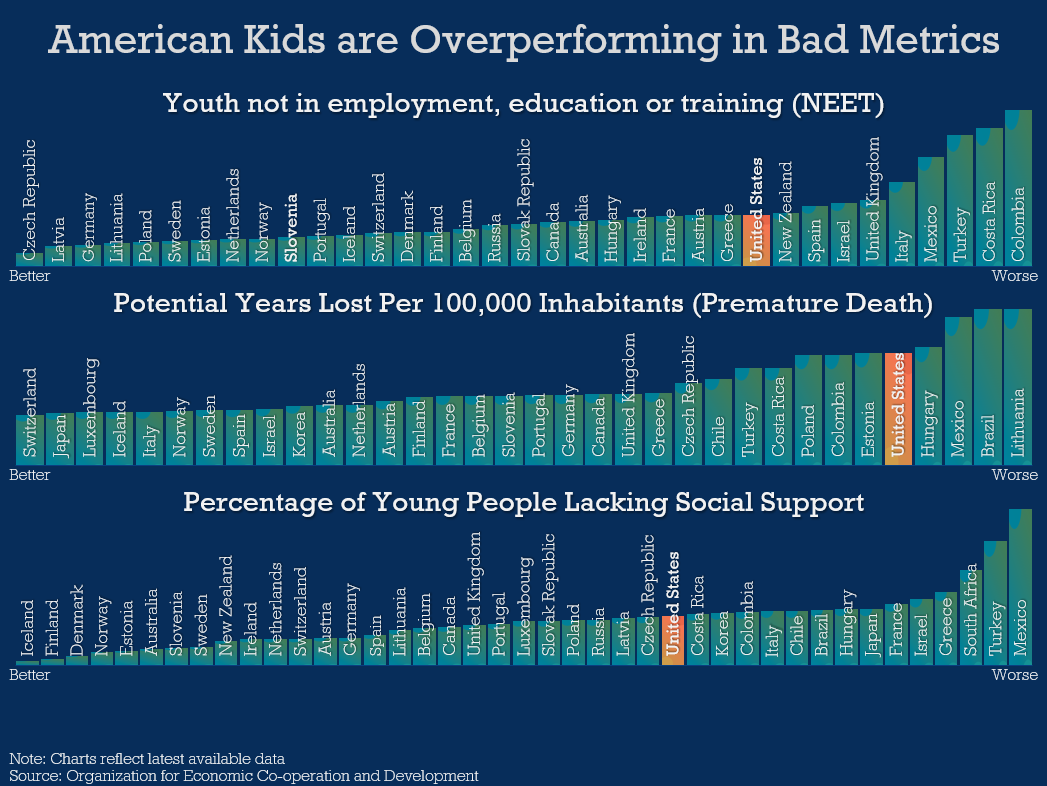 On metrics where the goal is to rank lower on the list, the U.S. ranks disturbingly high – such as premature death measured by potential of life years lost (5th), youth not in education, employment, or training (10th), and young people who say they lack social support (15th for ages 15-29). 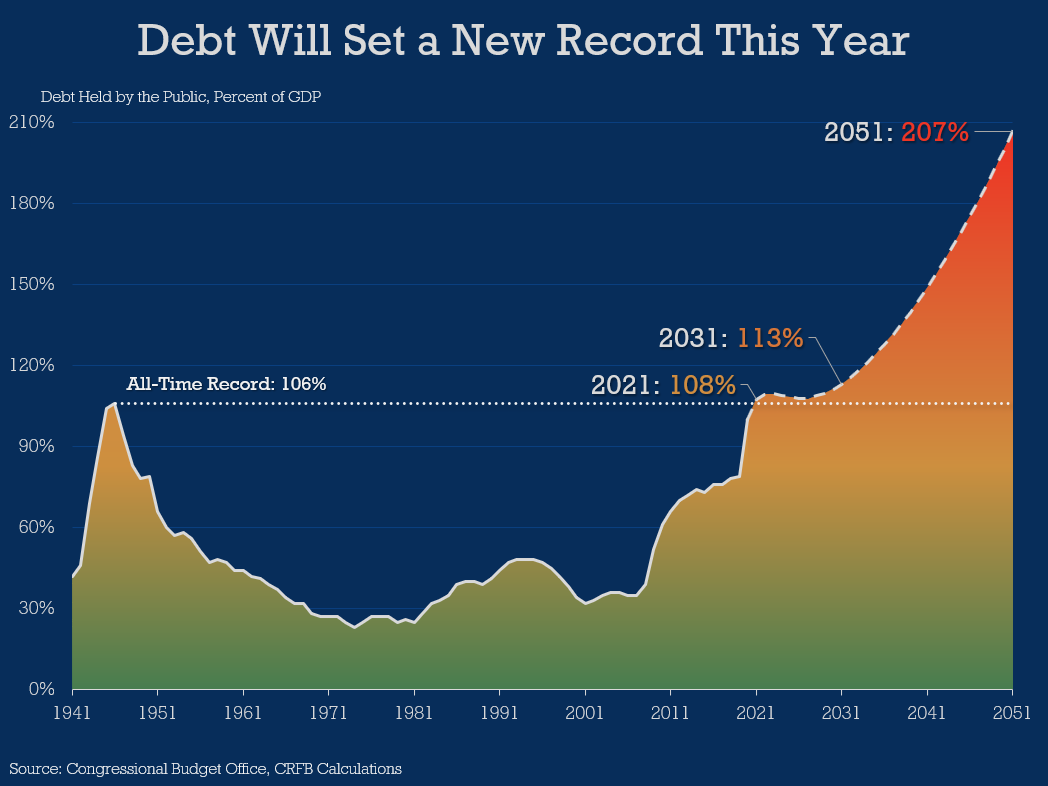 The challenges today’s children and young adults face could be more significant due to the fiscal burden of a debt that is unprecedented in U.S. history. 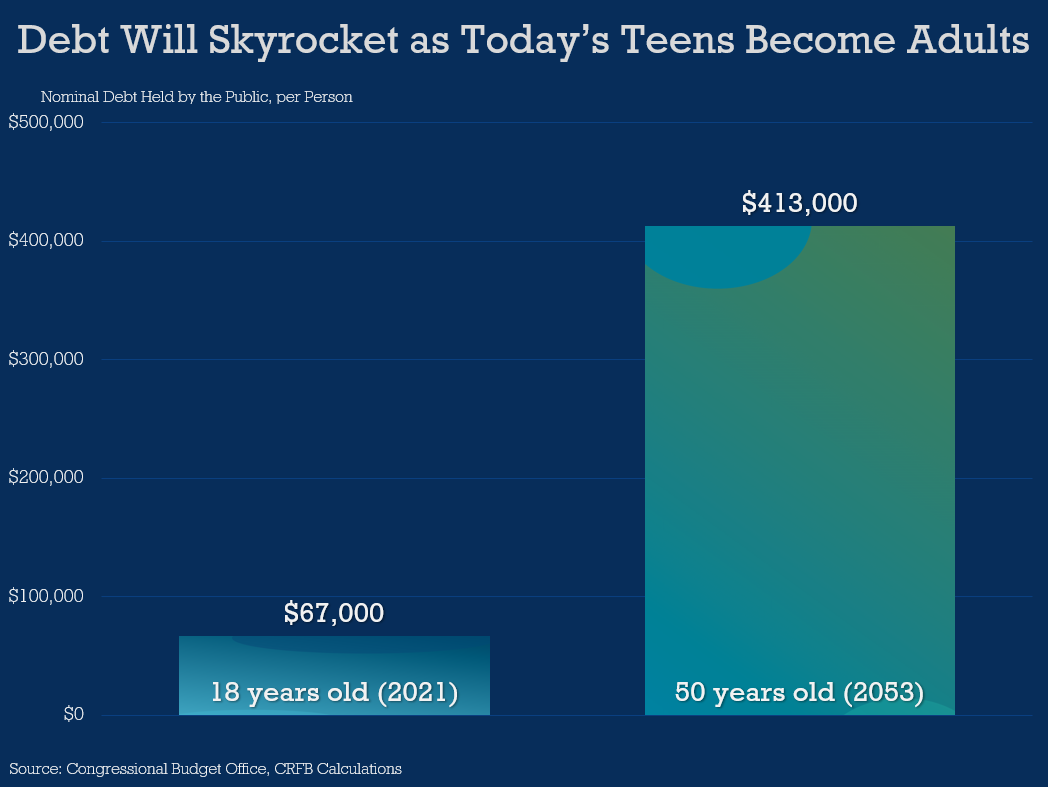 By the time today’s 18-year-olds reach the middle of their working years, the national debt will increase by more than $130 trillion. By the time this age group actually retires, it will only get worse.